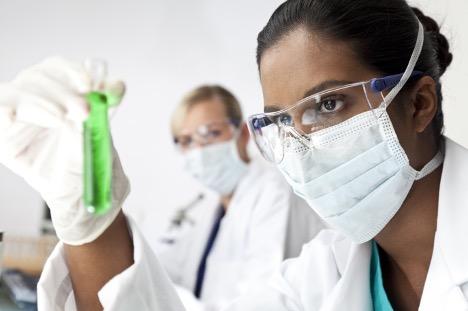 When HIV hit the human population in 1980, little did anyone know that it would take several lifetimes to conceive a sure-shot treatment. Widely believed to have originated in Kinshasa in Democratic Republic of Congo around 1920 when HIV crossed species from chimpanzees to humans, HIV remained an elusive disease and transmission was not accompanied by noticeable signs or symptoms.

There is no cure or a single treatment available to eliminate HIV, however as time elapses with proper medical care you can control HIV. A medicine called antiretroviral therapy (ART) is currently used as medication for all ages regardless of how long anyone has had HIV or how healthy they are. The medication is effective immediately after you have been diagnosed with the disease and any delay will continue to affect the immune system adversely. AIDS which develops at an advanced stage of HIV will develop earlier if you are not diagnosed and treated at the earliest stage possible.

Many Paid Clinical Research Trials in Broward offered by Royal Research Corp are being conducted to find a reliable treatment for HIV and some of the directions being studied are as follows:

Several long acting drugs are being studied and alternative formulations such as injections, patches and implants are being researched in combination with them to understand their effects on HIV condition. These researchers try to translate years of studies and ideas into a workable solution for evolving an effective medication regime.

Such mechanisms have been found effective to a limited degree, therefore continuous research is revealing several other pieces of information for evolving a treatment based on this.

Therapeutic vaccines are those that are given to people already infected with the virus. Such vaccines stimulate the immune system to respond proactively in case of future emergence of the virus and manage their symptoms. There is a certain rare percentage of population that is able to manage their symptoms either naturally or with the help of antiretroviral therapy. This population has led to the hope that the use of therapeutic vaccines could potentially end the menace that is associated with HIV.

Several other mechanisms of action are being studied by top researchers. Their top priority also includes evolving drugs for strains of HIV that are resistant to current medications. Clinical researchers are then certainly one of the busiest lot of people in the world. If you are suffering from HIV or AIDS you could consider participating in Paid Clinical Research Trials in Broward to not only develop a deeper understanding of your condition but also be the first among the world to try a novel method for HIV/AIDS treatment. While a section of people are afraid of clinical trials, a lot of your misconceptions can be cleared by the team of doctors and researchers studying your condition. This is not to say that clinical trials are the same as your regular treatment. Participating in a clinical trial comes with its own set of risks and benefits which are fully explained and laid out to you before participation. The best part is you could withdraw your consent at any point of time if you are not comfortable with any procedure. But it is worth remembering that the advancement of treatment for your condition largely depends on your contribution as a clinical research participant.